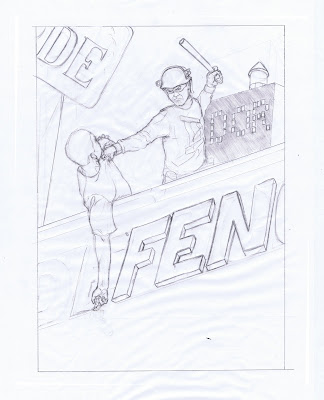 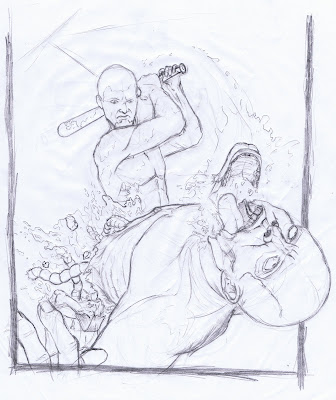 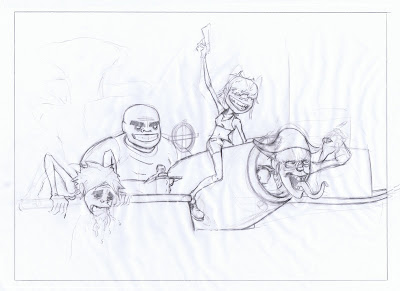 So I've decided to get back to working on what I had originally planned on doing for FanExpo and that is posters.

Second one is what I'm wanting to do eventually when I can be more focused. Zombieland Kills of the Week. Except instead of using any cast members for characters in the posters it would just be whoever I wanted. Or I was thinking of having people sending in request for that week and I go through and choose the best one and if the person wants to be in the picture killing the zombie than thats cool too.

And the third is of the Gorillaz, one of my favourite bands. Ever since they came out when I was in grade 7 or 8, I remember not doing my work in class and drawing 2D because I thought the idea of a cartoon music group was amazing. I mean it's been done with Josey and the Pussy Cats and plenty other cartoons with the lead characters as musicians. But an actual group that performed and everything in real life...but they're cartoons, blew me away. So I've always wanted to draw a poster of these guys.

Once I have these posters finished and painted/coloured they will be on sale for prints. I'll update more when the time comes.
Posted by Anthony H at 5:41 PM