Yeah so, it's been awhile since I posted anything on here. Been real busy, for those who have facebook, please be sure to follow me on there as well at www.facebook.com/doodlesundertheinfluence

Onto some of the work I've been doing since last semester, 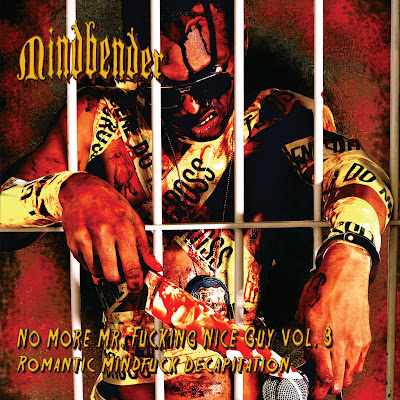 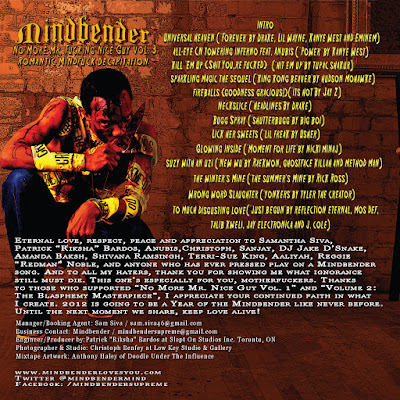 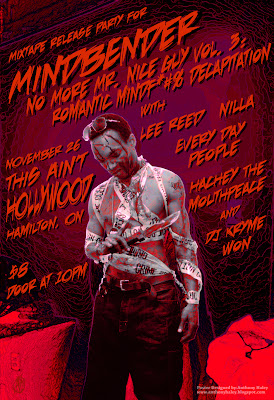 These three pieces were done in November for Mindbender Supreme, a Toronto emcee who's been running a muck around the underground of Toronto's hip hop scene for over a decade. I got this job through OurSis Sam, a promoter based out of Hamilton. The photos were taken by a dude named Christoph, and I just manipulated colours and filters on photoshop. 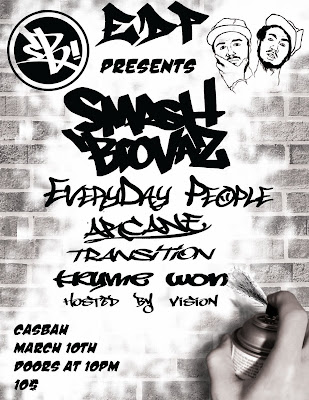 I've started to get more work doing gig posters since Mindbender, this one here is for Everyday People, a hip hop (and I do mean HIP HOP) group based out of Hamilton. EDP is, Part Mada, Sin Yung, Pranx and DJ Kryme Won. This show is coming up in March, don't miss it! 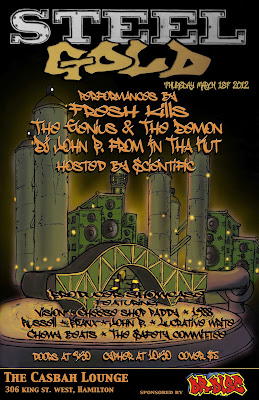 This is the newest poster I've done for the Steel Gold shows that happen the first Thursday of every month. Next one is a biggie, and features myself and my comrade G performing as The Genius and The Demon. This show happens March 1st! 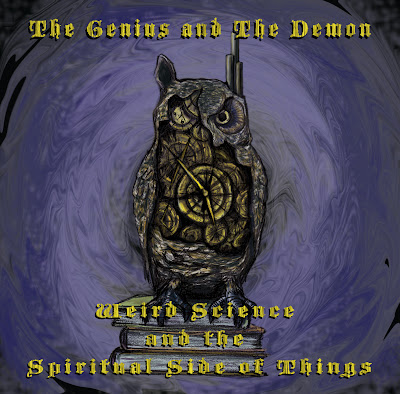 This here was the cover I did for Gavin and I's rap duo, The Genius and The Demon "Weird Science and the Spiritual Side of Things". This is the third release we've put out and it was released on Friday the 13th January, 2012. to check it out www.thegeniusandthedemon.bandcamp.com 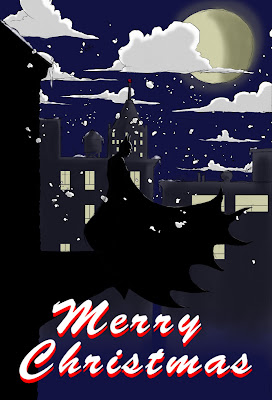 Every year I make a Christmas card for my family, so this year I went with the Dark Knight, Batman. This was the first time I added colour to the cards. 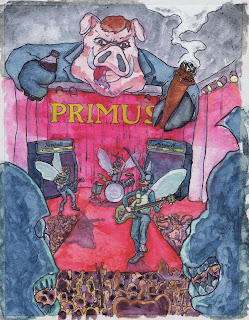 Onto some more recent School Work, here's a piece where we combined two feelings and create something. I took love and greet and mixed it with Primus and took the names off some albums and used that imagery to describe greed. 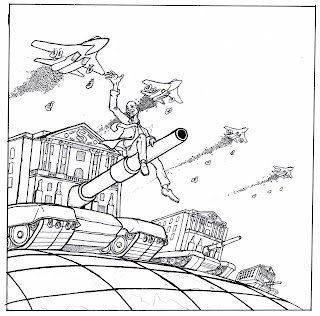 This one involved having to find a song with a social or political statement behind it. I went with Hamilton emcee, Lee Reed's The Bank from his latest release Emergency Broadcast. 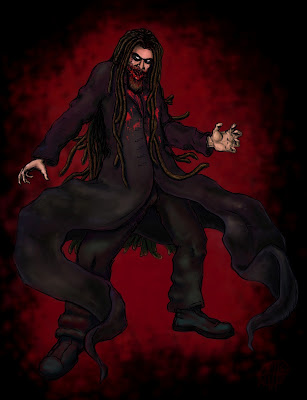 This wasn't for school, but is one of the latest commissioned illustration I did for a friend of mine Dan.

Other than all this, I've still been working a lot on HC stuff, hopefully I can start posting character designs soon. I've start working on storyboards for the guys to animate, I've also been doing a bit of animation/illustration for Dominant Factor, a group of videographers and graphic designers based out of Hamilton and Toronto.

AND also just got word today about FAN EXPO 2012! Myself and my three friends, Jeff, Dean and Adam will all be there again to sell, showcase and draw for all you lovely people.
Posted by Anthony H at 5:16 AM