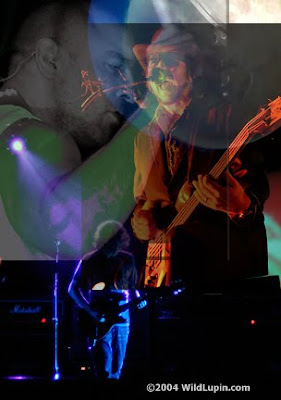 I went and saw my favourite band of all time last night for the third time, Primus. This little collage of photos I put together were taken from Wild Lupin's website, great photography I suggest you google the name. But I printed that out and began working on a Primus poster that I shall be posting soon...once I'm finished.
Posted by Anthony H at 8:40 AM No comments: 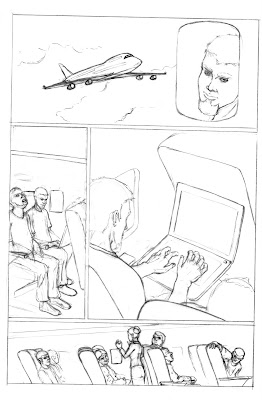 So, I said in yesterdays post that I was going to work on Hollyworld today, but instead worked on a couple other things unrelated. But this, this shit right here! I am very stoked about.

You see initially my cousin Carljo and I had several different ideas for Dead Fix. Where it should start was where we disagreed mostly, I kept pressing for Hamilton be the starting point, and Carljo thought it should be in Toronto. Wasn't a big problem to over come but it was just one of many small little problems with finding exactly how we wanted to tell this zombie survival story.

As some friends may know, I started a story a few months back called Zombies on A Plane. 5 Page short story about me being on a plane and escaping a zombie attack, with an open ending to it. I originally got the idea from trying to crack a joke for class for my "Million Dollar Idea" (I suggest you go visit Meaghan Cartars blog site...I'll get a link up later, she actually has a small cartoon blog of this incident).

So, I don't wind up working on ZOAP because of a tight schedule with school, and Dead Fix is put on hold due to not having the proper story for it. When suddenly, I have time one day. And I realize that I'd like to continue with ZOAP because its just such a fun five page story I know I can add to it to be even better. Than like a spiders web my mind puts it together, combine Dead Fix with ZOAP.

So there you have it, a weird explanation on how I combined two ideas into one that should be really good. And to be honest, so far, the ideas my cousin and I have been coming up with are awesome. The reason I even worked on this today and will be working on it for the next while is because a friend of mine Adam (another great artist I will make a link for), showed me a show called Dead Set. Awesome British zombie show.
Posted by Anthony H at 6:03 PM No comments: 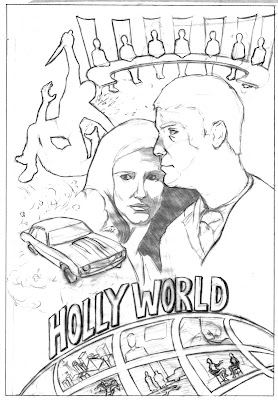 A bit more detail on this page. I'm going to work on page four and maybe five of Hollyworld tomorrow. That way I have a cover, and a five page sequence for the portfolio. I'm really enjoying making this cover.
Posted by Anthony H at 7:04 PM No comments: 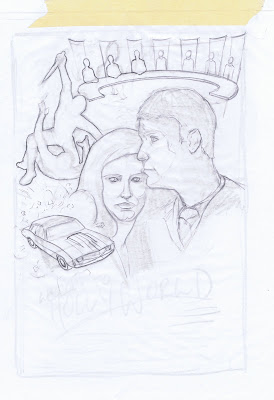 So I started getting back into my own stories I'm trying to write. HollyWorld being one that I think has some pretty good potential. This cover design features a couple different elements that I..well lets not sugar coat, I stole. I based my lead character off of George Clooney, so I thought I might as well use one of his movie posters, see what design elements they had. The Good German poster was a really nice one I thought, so I used George and Cate Blanchett as the center piece. There's also a cast of shadowy figures known as "The Directors" who run HollyWorld, so to show them I went back to one of my favourite late night cartoons, Clone High. I based my Directors on their cast of shadowy figures that the principal had to answer too. Their name escapes me at the moment. Anyways, I added the car and the guy stabbing the other guy and the original poster didn't have a panel above. So, I don't really feel as though I'm completely ripping anything off here. You be the judge I guess.
Posted by Anthony H at 5:55 PM No comments: 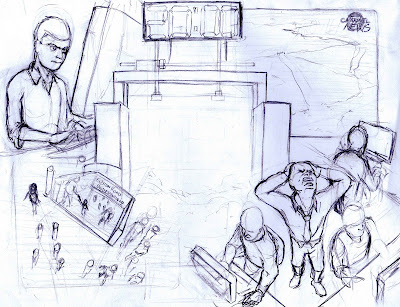 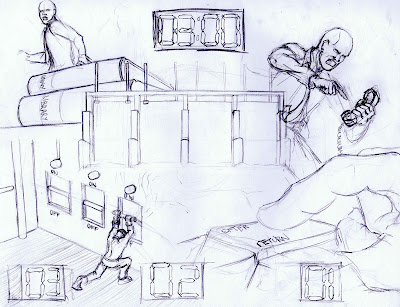 So I took on a job that I probably should've gotten all the information on first. Seems like I might be dropping this work due to a very tight schedule that I can't work with due to my part time job and other commission work thats paying more for less work. I'll decided later today.
Posted by Anthony H at 6:16 AM No comments: